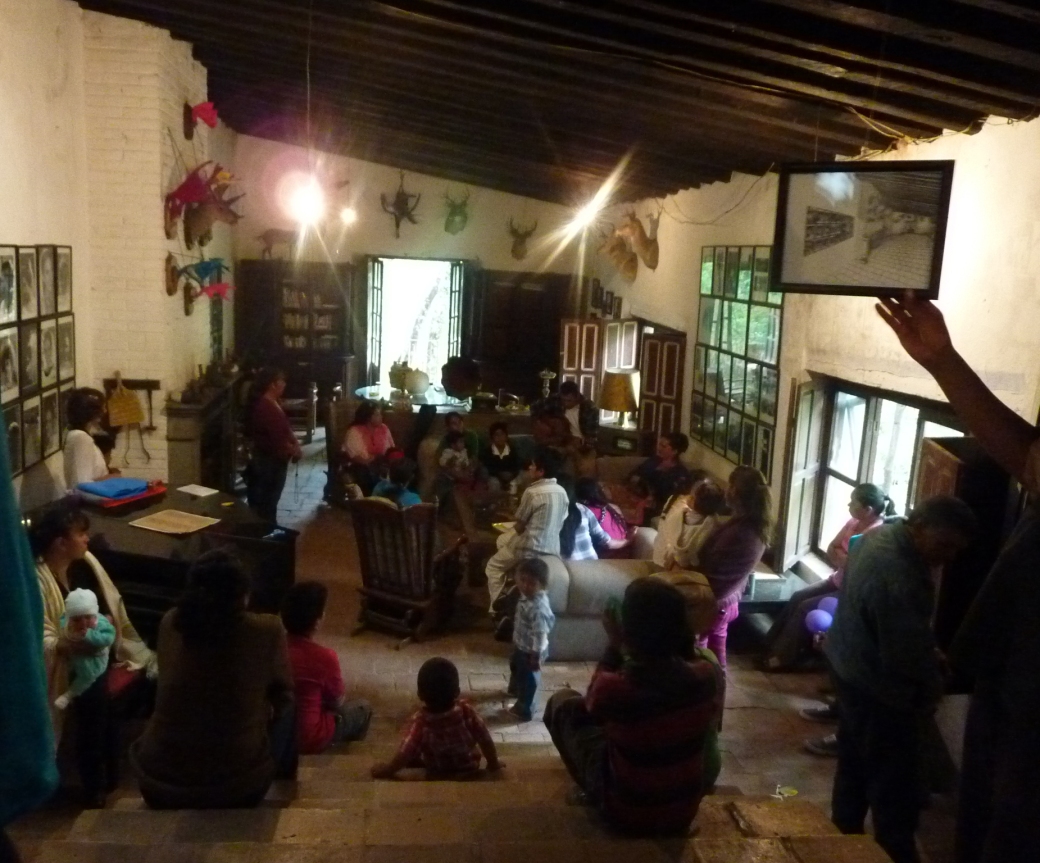 This audio-video is the first part of an ongoing series of collaborations made under the working title “Protest Songs.” The song for “Protest Song: Sentimiento Michoacán” was made in collaboration with Gustavo Bernal Varela, with lyrics co-written by Bernal Varela, Oliver Cortés Byron and Alfredo Soria. The “Protest Songs” projects are socially engaged, participatory art projects that contemplate land and interrogate landscape via image and sound. The series is intended to facilitate the creation of grass roots protest songs that speak specifically to local concerns, giving voice to participating individuals who are part of those communities. The songs are generated in collaboration with area artists, musicians and activists in communities that are largely under the radar in terms of global attention. They are performed and recorded at a local site that relates to the content of the respective song. For each location, the voice is the dynamic driving force, but the land is the anchoring device. Conveying the sense of physical presence from each location is linked to the ongoing battle over land: who has a right to live on it, occupy it, and what can be bled from it.

My visual, audio and performative works are intended as sensorial experiences that prod the perceptual and ideological assumptions of the audience. At the core of my projects are social inquiry and the intent to interrupt habits of viewing. For the past decade, I have focused on landscape and the invisible histories of the land, something that I refer to as lament geography. What are those elements that trouble easy, complacent viewing? And how do those elements impact our relation to place and history?

Millie Chen’s artwork has been shown across North and South America, East Asia and Europe at venues and festivals such as the Albright-Knox Art Gallery, the Centre Culturel Canadien in Paris, Centro Nacional des las Artes in Mexico City, the Power Plant in Toronto, The Contemporary Austin, Shanghai Expo 2010, Hong Kong Asian Film Festival, and Toronto Nuit Blanche. Her work is in several public collections including the Albright-Knox Art Gallery, Roswell Park Cancer Institute, Art Bank of Canada Council for the Arts, Canadian Pacific Railway, and Toronto Transit Commission, and she has produced a number of major permanent public art commissions. Her writing has appeared in publications in Canada, the U.S., the U.K. and China. Millie Chen is a Professor in the Department of Art, University at Buffalo. Her work is represented by BT&C Gallery.